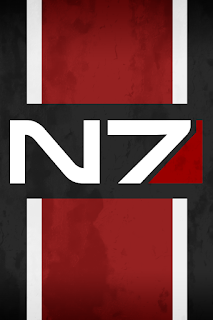 Hell no, but the crybaby snowflakes on twitter sure as hell want you to believe it is. The latest wave of bitching, and crying was brought on by a trailer released by BioWare which featured Scott Ryder as it's main protagonist, sort of paying less attention to the female protagonist Sarah. Immediately the Mass Effect twitter was bombarded by Social Justice warrior rage as the whiners accused BioWare of sexism, and not representing women adequately in the Mass Effect Universe.

People were also upset over the Sara Ryder trailer being referred to as the "alternate", as if alternate suddenly became some sort of triggering patriarchal term. For those who don't know...alternate means "to take the place of". Read below to see the idiocy that is the average social justice gamer. 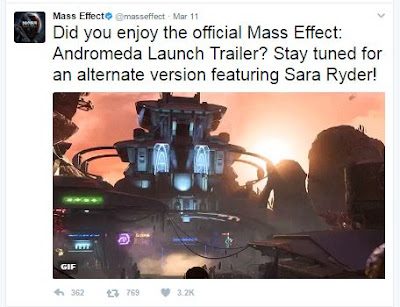 This Tweet was followed was a bunch of moaning and crying from people who literally had nothing better to do.


The idea that the order in which the trailers were released shows that BioWare does not care about their female fan base is ridiculous. The sentiment that BioWare does not adequately represent female is easily crushed by the fact that Jack, Miranda, Liara, Samara, EDI, Tali, Ashley, Lady Benezia, and other female characters in the series were some serious badasses.

This is nothing more than people desperately looking for something to complain about.

Posted by SpikedGaming at 11:41 PM