World War Z - The Movie Sucked, Will The Game?

Back around 2007 or 2008 I came across an action packed image of U.S Military soldiers engaged in a combat with a large horde of zombies. This was around the start of the huge "Zombie-Kick" where suddenly every game, book, comic, and movie had something to do with zombies. I was intrigued by the overall hopelessness of the image. Soldiers fighting fiercely, against an ever advancing army of decay, filled with warriors of rot which were unaffected by the soldier's "shock-and-awe" tactics.


This image was an illustration of the so-called "Battle of Yonkers" from the book World War Z by Max Brooks. The book was creatively written as a collection of people's oral histories as they survived the outbreak of a zombie apocalypse. The book progresses from the beginning of a zombie outbreak, through to the rebuilding of society. It shows how people must adapt from their  regular everyday way of being, into a more survivalistic society, where individuals must begin considering the betterment of the whole over the individual. The book also mentions how societal roles began to shift towards a population set on not just fighting the zombie threat, but also rebuilding humanty's now shattered nations. It shows how these societal shifts could lead to situations where people like plumbers, carpenters or others with the skills needed to rebuild a nation, might rise to become more valuable than former CEOs or celebrities. The book was all about how humanity had to drastically adapt in order to overcome a threat that could potentially lead to its extinction.


The movie? The movie was an action packed blockbuster, with nothing in common to the book other than there were zombies, and they shared the same name. Starring Brad Pitt, the film focuses on Pitt's character scouring the world in search of the source of the zombie outbreak, as the origin of the virus is instrumental towards the development of a vaccine. They then discover that the zombies wont attack injured or sick people, because these individuals would not be suitable hosts for the zombie virus, or some stupid shit like that. Basically the movie dealt with non of the survivalist, society-rebuilding, individual stories which we get to see in the books. Essentially the movie lacked everything that made the book interesting and unique, and is easily forgotten. I might as well have been watching I am Legend or some other zombie flick as the World War Z movie really had nothing to set it apart from other zombie films. 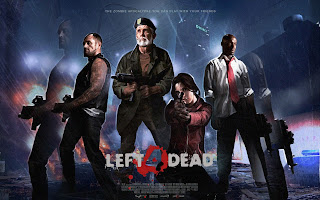 This brings me to the game. Based off of the trailers, and teasers which can be found on YouTube, I can honestly say that I am not too excited about the potential release of the game. Many of the footage, and trailers which have been released seem to focus a lot of the combat, but there has not been much mention on the story, the characters, etc. They brag about the "Dynamic Horde Mechanics" or whatever, as the zombies tumble over each other, or over the corpses of downed zombies. It just seems that like the movie, this game misses out on a lot of the themes which made the book so interesting and unique in the first place. It has been said that this game will be a coop zombie shooter game, and that is fine, but why even call it World War Z when it doesn't seem to share much with the book? I mean, we already know why, money. I also don't see why I should be excited over a coop zombie shooter, when I have already paid for, and played two games exactly like this in the past in the form of Left 4 Dead, and Left 4 Dead 2. Hell if you are just interested in capping a few undead, why not just pop in one of the many zombie gimmicks already attached to several of the Call of Duty titles.

I'm sorry if I seem like I'm just being a pessimist, but honestly... this game doesn't seem to have any of the things that made the book unique, it's just another zombie shooter, so what do we really have to be excited about?
Posted by SpikedGaming at 7:14 PM